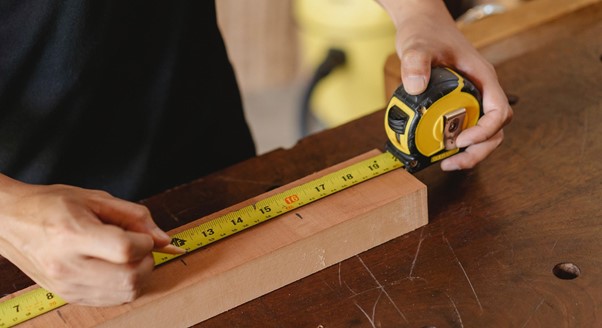 The first time Paul heard the expression ‘Measure twice, cut one’ was in the literal sense on a DIY project with his granddad.  Measure twice, CLICK once, is an approach and an attitude that has stuck with him and carried through into his work today running a bespoke eLearning development team. In this blog, eLN Director, Paul shares the headlines of an approach founded on this principle that if you fail to prepare, you prepare to fail!

I’ve fallen into this trap many times in my early days, getting swept up in the ideas in my head the second I had received the project brief. Before I knew it I had fired up Articulate and was building screens interactions in a blur. STOP.

Do: Follow the steps (Or your version of them)

Define your scope with your stakeholders, formally and in a document. This doesn’t have to be ‘War & Peace’; in fact the best scopes are often the shortest. Less is more. But clear on WHAT change you are looking to effect with WHO.

Don’t: Listen to your SME’s!

Of course that’s not meant literally, but don’t forget they are experts in their subject, NOT eLearning development.

Do: Set a duration / length and stick to it

I find the easiest way to do this is to do two things (One tracking length and the other duration).

To track length (or size) use the storyboard to set a number of screens that you are aiming for (i.e. 20-30).

3 Form your team & get organised

Don’t: Do EVERYTHING yourself

Unless that’s your only choice, play to your strengths and let others play to theirs. A lesson I learned very early on is that although I enjoyed the visual side of eLearning development I wasn’t very good at it! Call on experts for help when you need them.

Do: Ask for help

Make friends with your marketing and creative time – You might need them! Knowing the resources and skills you have access to is critical.

eLearning design is obviously a large topic in itself which I won’t attempt to cover here other than to say you need to have a process and stick to it!

Follow the stages outlined below, paying particular attention to the Storyboarding and don’t allow yourself to get pulled off track.

If you put the work in up front by storyboarding well, then there is something wonderfully calm and focused about the build process that follows.

These days with builds becoming less complex and rapid authoring becoming the norm we tend to merge the old Alpha build stage with the storyboard.

It’s debatable how different this is from Gold other than it’s one review loop earlier. Some people may leave out some of the more complex / costly / fixed elements such as animation, custom graphics or voiceover at this stage.

This review should be in your opinion ready to release, but allowing your stakeholders to dot the I’s and cross the T’s. Changes at this stage should be extremely minor.

Closedown – Tidy up the playroom!

An often overlooked phase tidying things up at the end of the project which can feel like tidying up your kids playroom after a week of chaos! Take an hour or two to ensure all the source files are stored neatly in your folder structure. Is the final storyboard saved with an appropriate name (Old early versions only cause confusion at this stage so delete them). Check that you’ve got a FINAL APPROVED GOLD copy of the deliverable output in an appropriate folder.

If you would like to learn about Paul’s team’s “Measure Twice – CLICK ONCE” approach then sign up to the webinar today. This will be the first of an interactive series, allowing you the opportunity to ask questions of Paul as well as share your own personal experiences with the other members. 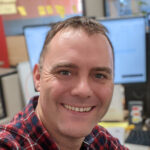