This month saw the first eLN regional event of 2015 held at the impressive Bristol and Bath Science Park, home of one the event sponsors, WillowDNA. A huge thanks to them for hosting and to our sponsor, Learning Pool, for their support.

Lisa Minogue-White began the day with a highly interactive talk on blended learning. Separate group discussions were in full swing not ten minutes after she began, revealing the wide range of opinions which people had on blended learning; its definition and its future.

Next up was Lindsey Coode, Head of Content at Learning Pool, who demonstrated the capabilities of the Adapt Builder online open source authoring tool. Her message was that as learners are using an increasing number of devices to consume content – typically up to 5 different devices, including tablets and smart phones. So it is becoming ever more important for learning solutions to be smart enough to adapt to different presentation technologies.

This means that user experiences are optimised, not compromised. For example, content created in Adapt takes the learner down the page, mimicking the user experience of many websites, thus avoiding the dreaded ‘click next’ button. One of our learned attendees shared this link on user experience (UX) myths which might be of interest to anyone who thinks that users won’t scroll. This article from Li Whybrow was also shared via Twitter and is an interesting read. Helpfully, Lindsey’s session was followed by Sarah Hetherington from Devon County Council, who showed us her own successes with using the Adapt Builder in her organisation. Particularly interesting was a comparison demonstrating the improvement between two of her own courses since she began using it.

Mark Berthelemy from Wyver Solutions hosted a session discussed some of the more interesting new technologies today making waves within elearning. These included H5P (a tool that enables you to create, share and reuse interactive HTML5 content in your browser) and xAPI (previously TinCan). Mark also spoke about the latest developments in augmented/virtual reality and how the technology is enabling users to overlay real world scenarios with additional digital information. Predictably with new technology, the audience had varying degrees of understanding of the different topics, but Mark explained them with great insight and was especially helpful in putting them into an L&D context.

Lunch, kindly provided by WillowDNA, gave everyone a chance to get their hands on Learn Appeal’s new capsule  (see the blue box on the left). This is a clever new piece of tech designed by the clever folk at Appitierre which enables educators in developing countries to distribute elearning materials wirelessly from up to a kilometre away! It’s a super initiative and we are excited to hear more about it in the coming months. There’s even the opportunity to name the box itself.

Agile project management was clearly something Owen Ferguson, Chief Operating Officer at Good Practice, is passionate about. Owen is an experienced advocate of this popular project management method and it was a highly useful presentation. Using different exercises, he aimed to show L&D practitioners the basics they need to begin using this approach themselves. The session even included a challenge involving building marshmallow towers! Some groups planned their approach in detail but found that their structures wouldn’t stand up when they finally began building them. Others dived straight in and made adjustments along the way. Owen’s point is that to develop in an agile way, you mustn’t be scared of making mistakes. Plans can be adapted depending on how things go and deliverables can be achieved much more quickly. There are valuable lessons for elearning development here with the agile approach lending benefits including greater opportunities for collaboration and the ability to respond more effectively to change throughout a project – even if the concept might seem a little scary to some!

The day finished with an open space discussion – members of the audience put forward questions and topics that would like to discuss openly with other professionals at the event. There was a broad range topics advanced, including advice on converting face-to-face learning to elearning for the first time, ways of raising the visibility of elearning courses and even learning technology architecture. Attendees split into groups, and were free to move between discussions at will – a great way to spread knowledge and share best practice. Which is what the eLN is all about after all.

All in all it was a fantastic day. We look forward to seeing you at the next workshop in September on Creating Just-In-Time Elearning. And in the meantime, check out our free regional meetups which are a great way to expand your own elearning network. 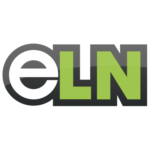